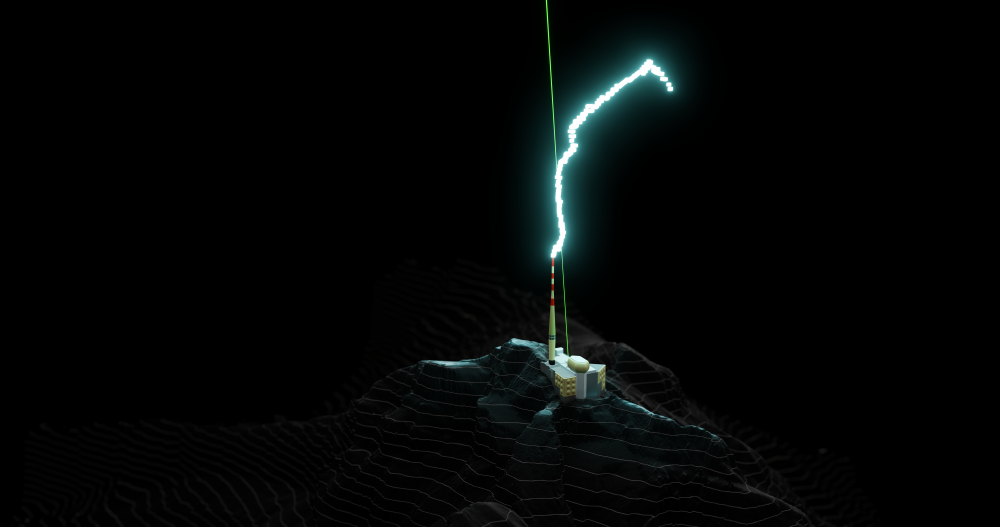 A laser lightning rod in the high mountains

Researchers from LOA’s F-ILM group, in collaboration with the University of Geneva, EPFL and the company TRUMPF, have recently developed a new technique for deflecting lightning as part of the European FET-OPEN project “Laser Lightning Rod”.

The project involved the development of a laser that combines a high peak power of 1 terawatt with a repetition rate of 1 kHz, thus generating an average power of 1 kilowatt. The laser, which weighs more than 3 tonnes, was installed on the top of the Säntis mountain in Switzerland (2502m above sea level), and was focused on top of a 124 m tower with a traditional lightning rod. The powerful laser pulses propagate through the air creating a “laser filament”.  Thanks to the high kHz repetition rate, this creates a persistent “guide path” for the lightning, which directs it towards the existing lightning rod, whose range is thus extended from 124 to over 180 m.

This innovative technique could be used to protect buildings and major structures, such as nuclear power plants, wind farms, and airports, from lightning damage.

More details on this study can be found in the Ecole Polytechnique news, as well as in the corresponding scientific publication: