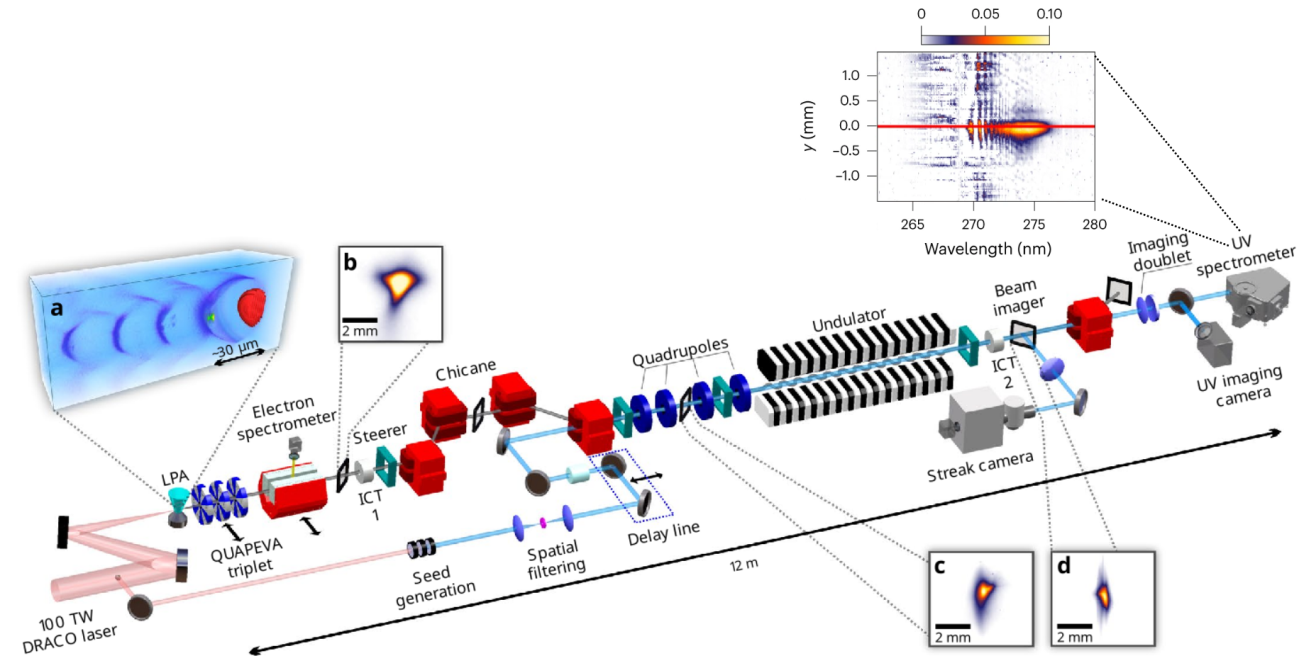 Researchers from LOA’s UPX group have contributed to a major breakthrough in laser technology: a free-electron laser injected in the ultraviolet (269 nm), and driven by an electron beam from a laser plasma accelerator.

This long-running project was led by a team from the Synchrotron Soleil, and the final demonstration of the free-electron laser was carried out at the Helmholtz-Zentrum Dresden-Rossendorf, Germany.

During a first campaign of experiments in the “salle jaune” laboratory at LOA, the methods of electron beam transport, wave radiation generation, UV seed generation, as well as beam diagnostics were extensively tested and optimised (published here and here). Various methods for achieving the 3D overlap between the seed and the electron beam have also been tested and adapted for the specific environment of laser-plasma acceleration.

Using a laser-plasma accelerator for a free-electron laser has been an goal of the advanced accelerator physics community for 15 years – a goal that has now been achieved. A Chinese team has also recently succeeded: [W. Wang et al., Free-electron lasing at 27 nanometres based on a laser wakefield accelerator. Nature 595, 516-520 (2021)]. Compared to their result at lower wavelength (27 nm) in the extreme ultraviolet, the free-electron laser demonstrated here is injected, and thus achieves better coherence and temporal and spectral profiles.