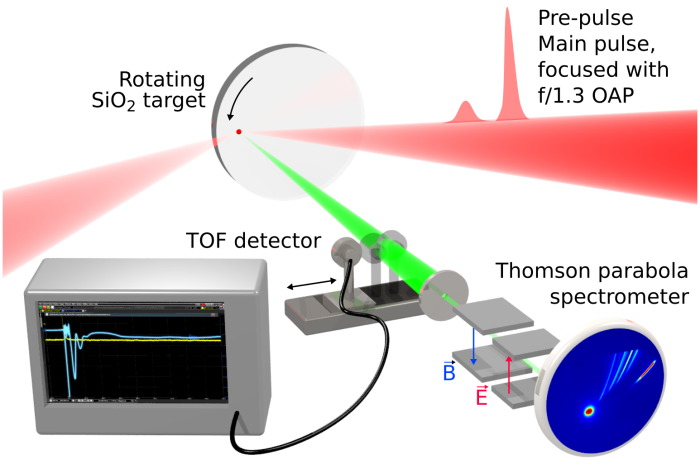 Teaming up with Alessandro Flacco and Igor Andriyash of the APPLI-group, as well as colleagues of the Weizmann Institute of Science, the PCO-group have extended their plasma mirror experiments to proton acceleration.

They could demonstrate proton beams with up to 100 pC bunch charge and 0.48 MeV cutoff energy and an unprecedented divergence as low as 3°. This drastically improves on a crucial shortcoming of typical laser-accelerated ion beams, which have rather larger divergences ranging from 10° to 30°. Furthermore, this experiment worked at a kHz-repetition rate, as compared to the competing techniques, driven by much bigger lasers that operate at ≤ 10 Hz repetition rate.

The extensive numerical simulations are in good agreement with observations and let the scientist theoretically analyze the acceleration mechanism, which they now call the Radiation Pressure Assisted Coulomb Explosion (RPACE). The surface protons Coulomb-explode after the laser radiation pressure evacuates preplasma electrons into the dense targetSo far, the experimental proton energies are still modest, and first applications would require a few MeV. Theory does however predict that RPACE can be realistically scaled to produce such few-MeV proton beams.