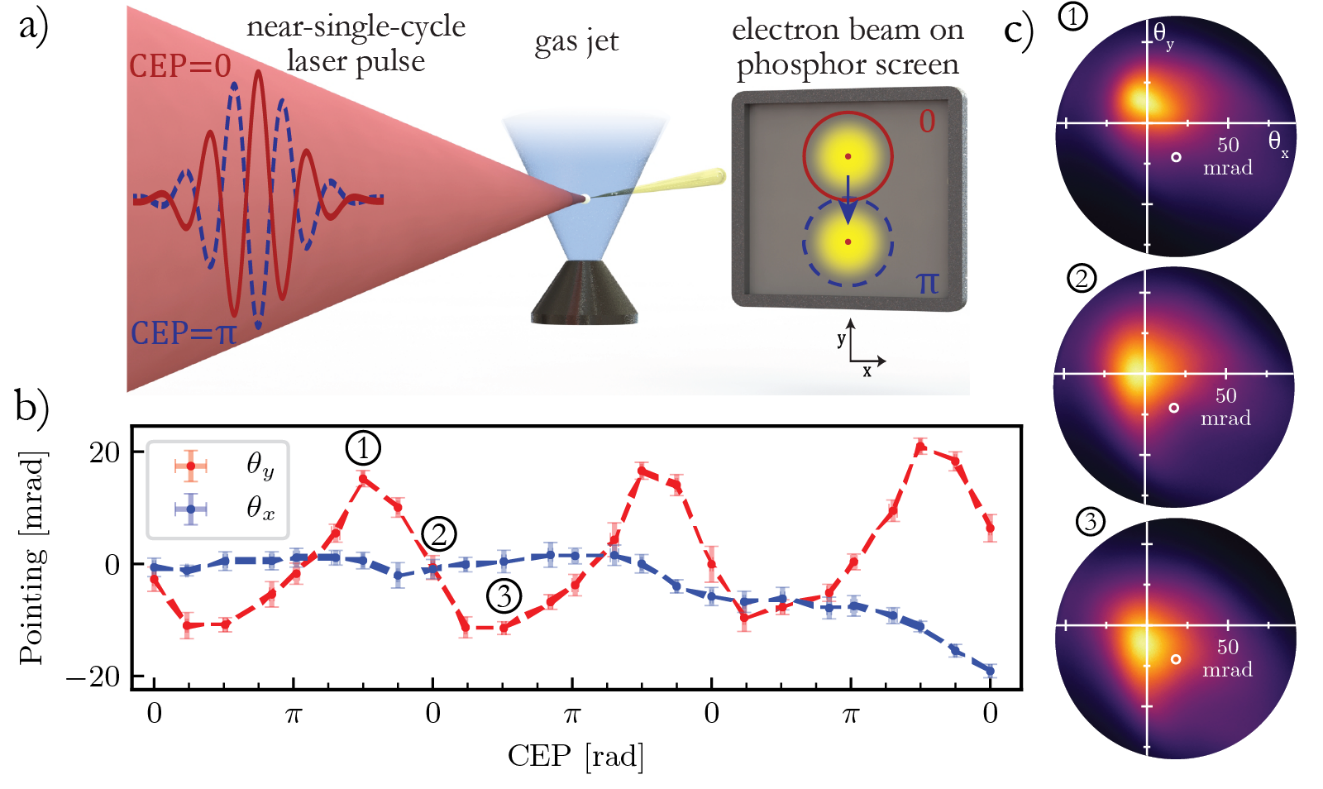 Laser-wakefield acceleration lets us build very compact particle accelerators that have applications in particle physics, solid state physics and medicine. For this, we use an extremely short and intense laser pulse that we shoot into a gas jet. The front edge of the pulse is already intense enough to immediately ionize the gas atoms, creating a plasma. The main part of the pulse is then so intense, that it expels all electrons from the plasma, creating a wake in the electron density behind the laser pulse, much like the wake in the water behind a boat.  Under the right circumstances, electrons start ‘surfing’ this wake, and be accelerated to relativistic energies, i.e. approaching the speed of light.

Normally, this process is described using the so-called ‘ponderomotive approximation’, in which the interaction between the laser and the plasma is averaged over the optical cycle of the laser light wave, and therefore depends only on the intensity profile of the laser. However, if one uses a laser pulse that is almost as short as a single optical cycle, this approximation is no longer valid. As a result, the shape of the plasma wake becomes asymmetric and depends on the precise shape of the electric field of the laser pulse, determined by a parameter called the Carrier-Envelope Phase (CEP).

Using advanced computer simulations, we have shown that this asymmetry can cause the electron beam to be injected off-axis and oscillate up and down in the plane of the laser electric field. This made the cover of Physics of Plasmas last year. 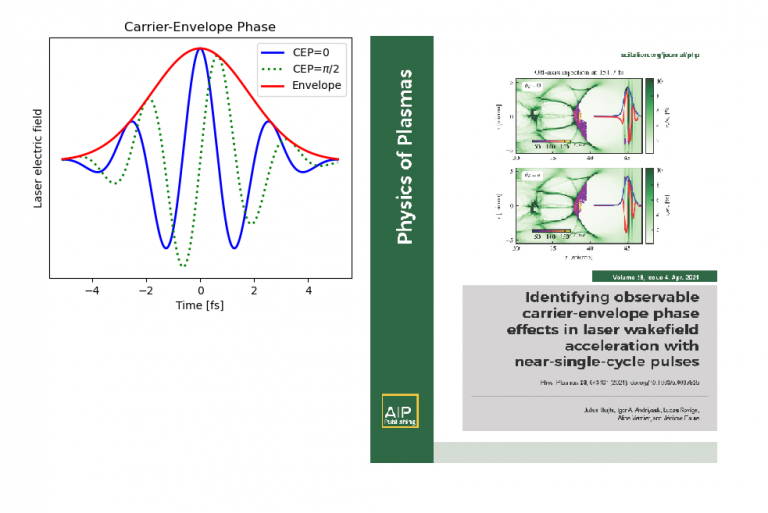 Next, we looked for this effect in our lab. We used a laser pulse as short as 3.5 femtoseconds, of which we could control the Carrier-Envelope Phase. We then observed that, as we changed the CEP, we could change the angle with which the electron beam left our accelerator. This observation proves the breakdown of the ponderomotive approximation, for the first time in our field!

A detailed analysis of this effect through simulations suggests that this effect could be used to very precisely control the injection of ultrashort electron bunches in laser wakefield accelerators. This result has just been published in Physical Review X. 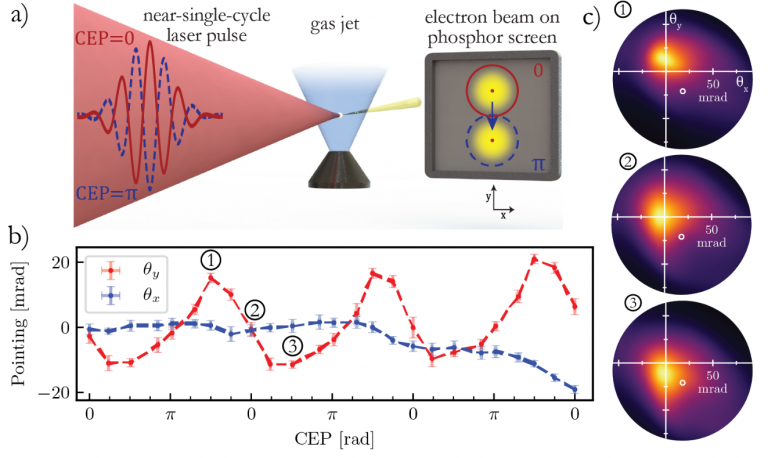