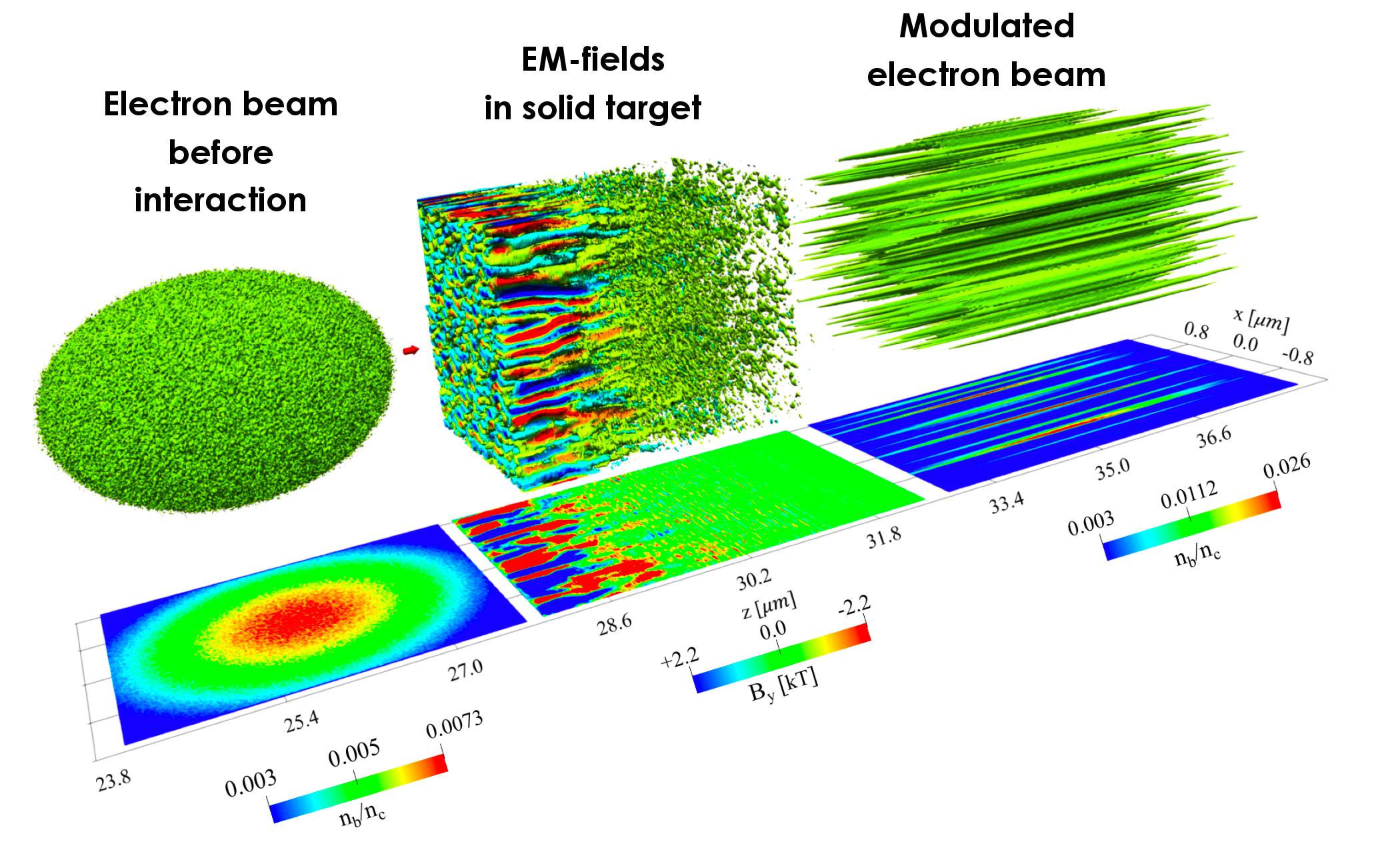 The Weibel-type current filamentation instability (CFI) has been extensively investigated in past decades owing to its importance in an increasing variety of plasma environments. Induced by temperature anisotropies or relative drifts between the plasma constituents, it gives rise to current filaments surrounded by toroidal magnetic fields. This instability is widely thought to underpin the physics of relativistic outflows in powerful astrophysical objects (e.g., gamma-ray bursts, pulsar winds, active galactic nuclei), especially as the source of the collisionless shock waves responsible for generating nonthermal high-energy particles as well as for cosmological magnetic fields in a reconnection scenarios.

In 2020 members of the UPX group in collaboration with other European laboratories showed that the ultrafast dynamics of this instability can be explored in the context of relativistic laser-solid interactions through deflectometry by low-emittance, highly relativistic electron bunches from a Laser-Plasma Accelerator (LPA). In the experiment, performed in Salle June laboratory at LOA we measured the femtosecond timescale generation of strong magnetic-field fluctuations, with a measured line-integrated B field of 2.70 ± 0.39 kT μm. Three-dimensional, fully relativistic particle-in-cell simulations demonstrate that such fluctuations originate from the CFI arising at submicron scales around the irradiated target surface, and that they grow to amplitudes strong enough to broaden the angular distribution of the probe electron bunch a few tens of femtoseconds after the laser pulse maximum. These results open a branch of physics experiments investigating the femtosecond dynamics of laser-driven plasma instabilities by means of synchronized, wakefield-accelerated electron beams.