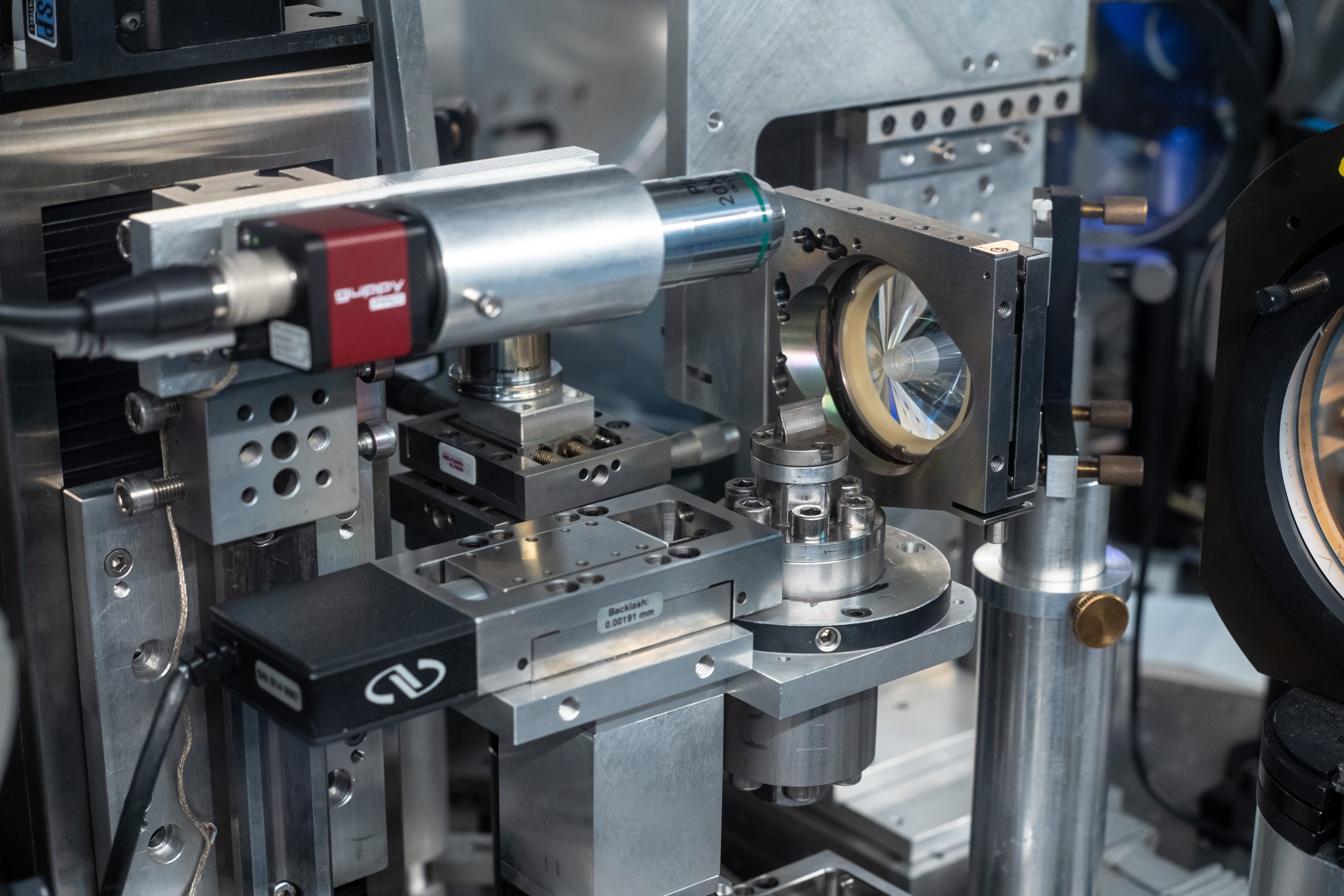 Collisionally-pumped plasma-based soft X-ray lasers in optical field ionization regime are obtained by focusing an ultra-intense infrared laser pump pulse into a gas target. The interaction generates a plasma column in population inversion. In this thesis, we are interested in the 3d94d -> 3d94p  transition of nickel-like krypton ion at 32,8 nm. The seeding of this amplifying medium by an external harmonic source considerably improves the spatial properties of the radiation while taking advantage of the energetic qualities of the amplifier. Thanks to the implementation of a plasma channel to guide the pump beam, recent research has made it possible to operate at electron densities close to 1020 cm-3.These conditions are extremely beneficial since the more frequent collisions favor population inversion and lead to increased gains. At the same time, these collisions cause an overionization of the lasing ion and thus an early interruption of the gain. Simulations have shown a consequent decrease of the soft X-ray laser pulse duration at high densities. Within the framework of this thesis, the development of a single-shot diagnostic to measure the temporal profile of the pulse allowed to demonstrate this result experimentally : limited to the picosecond at low densities, durations of 640 fs RMS, in agreement with Maxwell-Bloch simulations, have been measured at 8 x 1019 cm-3. This thesis also enabled to overcome the natural dispersion of the plasma which intrinsically causes a desynchronization between the harmonics and the gain region. The compensation of plasma dispersion, essential at high densities, has been achieved by harnessing spatio-temporal couplings and has allowed a significant improvement of the source performance with notably a better energy extraction. It was also demonstrated that the pulse duration could be kept constant along propagation at values as low as 350 fs RMS. All these improvements offer perspectives for many applications such as second harmonic generation in the soft X-rays.